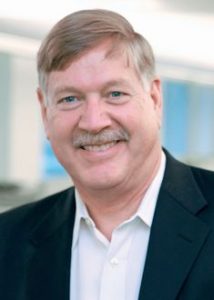 Steve Baird is the Chief Executive Officer and President of Baird & Warner and the firm’s fifth-generation owner. Established in 1855, Baird & Warner is the oldest independent family-owned real estate services company in the United States. It operates residential sales, mortgage, and title companies under its umbrella. Baird has long worked for the preservation of open space as past-president of CorLands, the Openlands Project, and currently as a National and Chicago Board Member for The Trust for Public Land where he serves as Chairman of the Finance Committee. He holds memberships in the YPO Gold Organization, the Chief Executives Organization, and the Commercial Club of Chicago. Baird is a Life Trustee of the Morton Arboretum and serves on the Foundation Board of Lurie Children’s Hospital. Baird is actively involved with public radio serving on the Board of WBEZ in Chicago for over 10 years and currently serves as the Chairman of the Capital Campaign. He served as its Chairman for three years and chaired the Investment, Finance, Executive and Governance Committees. A 1974 cum laude graduate of Harvard University, Baird remains active in the Harvard Community through the HAA Schools and Scholarship Committee and is the Co-Chair of the Harvard Schools Committee in Chicago, which interviews applicants for admission. He received his MBA from Northwestern’s Kellogg School of Management in 1985.  Baird lives in Chicago with his wife, Susan, and they have two daughters and one granddaughter.