Find the perfect home for you in Frankfort. We make it easy to learn all about what the community has to offer: schools, attractions and current homes for sale in Frankfort.

A slice of Germany in Chicagoland, Frankfort is an old-fashioned community committed to its history. With its 1890s-style downtown square, lush 21-mile trail, and famous festivals, Frankfort is truly a “Jewel of the South Suburbs.”

Frankfort is 34 miles south of Chicago.

Frankfort has a sister city in Weidhausen, Germany.

Historic Downtown Frankfort is modeled in the style of an 1890s town square.

While the first settlers of Frankfort were of English and Scottish descent, coming from the New England Colonies, the township was established by German farmers from the Pennsylvania area. In 1850, Frank Chappel gave Frankfort township its name, inspired by the name of his home city in Frankfurt-Am-Main, Germany.

Frankfort was founded in 1855 and incorporated in 1879. In 1855, Frankfort Station was built on a line made by the Joliet and Northern Indiana Railroad, bringing business and prosperity. Even today, Frankfurt is one of Chicagoland’s fastest growing regions and the “Jewel of the South Suburbs.”

Frankfort is less than 5 miles from the Mokena Metra station on the Rock Island Land. Routes via US-45 and I-57 lead into downtown Chicago.

Old Plank Trail Tavern on 113 Kansas Street (815) 469-9586 is a quaint dive bar that was formerly Frankfort’s first post office. The bar features a beer garden, a handsome vaudeville piano, and a 10-foot pool table. There’s even a poker parlor and a Nintendo Wii.

Ryan’s Pub on 7928 West Lincoln Highway (815) 469-3655 is a biker bar that any local can enjoy. Beyond the rough exteriors is an atmosphere of warmth, friendliness, and character.

With its unique artwork, antique shops, and old-fashioned buildings, Historic Downtown Frankfort is a destination in itself. In addition to shopping and restaurants, Downtown Frankfort provides a weekly Country Market every Sunday, May through September. Visitors can bike directly to the market from Old Plank Trail Road- a perfect start to the morning!

Chef Klaus’ Bier Stube on 679 La Grange Road (815) 469-0940 is equally ideal for a family dinner or a romantic date night. In addition to many German specialties such as sausages and schnitzel, the Bier Stube offers first-rate seafood—lobster, Santa Fe Shrimp and Oysters Rockefeller—and juicy steaks. The restaurant provides a number of fine German beers on tap, including Erdinger Weiss.

Buenas Nachos on 444 North LaGrange Road (815) 469-8353 is the place to go for high-quality Mexican at fast food prices. The rice, chicken, and steak tacos are especially delicious. The restaurant has little seating and is primarily recommended for take-out, great for a picnic or last-minute lunch.

The German Heritage Celebration on 140 Oak Street is held the first Saturday of May at the Founder’s Center. The celebration honors Frankfort’s German roots and sister city, Weidhausen. This fun all-ages event includes traditional German music and authentically costumed dancers.

With over 300 artisans, the Fall Festival in historic Downtown Frankfort (815) 469-3356 is one of the most beloved and anticipated craft events in the Midwest. In fact, the festival has received continual recognition as one of the “Best Shows in the United States” by Sunshine Art Magazine. In addition to artwork, the festival provides a food court, an entertainment tent with a dance area, and live stage performances from local musicians.

Briedert Green Community Park on 123 Kansas Street (815) 469-3356  hosts a number of festivities. In the summer, it is the location of free Concerts on the Green and Movies on the Green from June 20th to August 29th. From January through February, it is home to Winter on the Green, with highlights such as a chili cook-off, ice-sculpture demonstrations, and winter games.

The Frankfort winter season features glorious festivities such as Christkindl Weekend. Holiday sounds and lights abound in the Children’s Lantern Parade and Annual Tree Lighting, and of course no Christmas would be complete without a Visit with St. Nicholas.

A quick view of the most influential metrics in Frankfort.

View our selection of available properties in the Frankfort area.

Get to know Frankfort better with our featured images and videos. 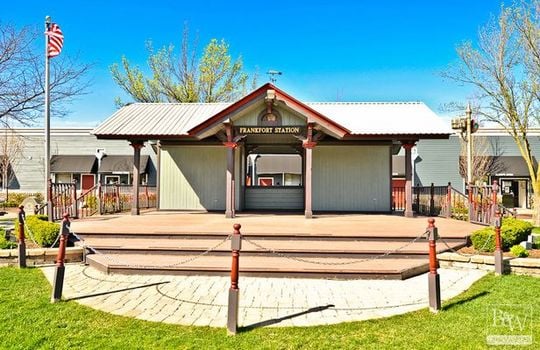 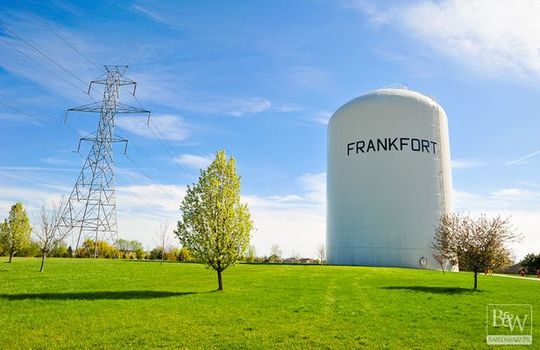 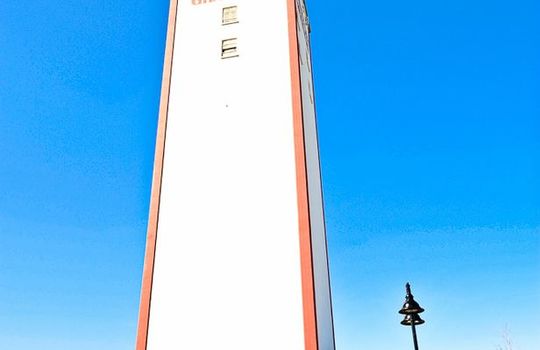 Check out the latest demographic information available for Frankfort.

Learn more about schools near Frankfort complete with ratings and contact information.

The Best in Frankfort

Browse through the top rated businesses in the most popular categories Frankfort has to offer.