Homes for Sale in Schaumburg, IL

Find Homes for Sale in Schaumburg

Whether you’re searching for your next dream house or condo in Schaumburg, we can help you find it. Learn everything you need to know about living in this community: schools, nightlife, and current homes for sale in Schaumburg.

Perhaps best known for its local attraction Woodfield Mall, which welcomes more than 27 million shoppers each year, Schaumburg is a bustling community that serves as the commercial hub of Chicago’s Northwest suburbs.

Home to many large retail chains such as IKEA and Medieval Times, Schaumburg is the state’s second-largest retail center. It is also a major employer, with corporate offices for Fortune 500 companies like Motorola, Xerox, Verizon, and Navistar.

Residents can watch a Schaumburg Boomers baseball game at Alexian Field, catch a concert at the Schaumburg Prairie Center for the Arts, or go for a hike at the Spring Valley Nature Sanctuary.

In addition to its wealth of retail and commercial amenities, Schaumburg’s combination of good schools and affordable housing make it a great place to live, work and raise a family.

To the south are Roselle and Hanover Park, to the west are Streamwood and Bartlett, to the north is Hoffman Estates, and to the east is Elk Grove Village. Click here for more

Schaumburg’s earliest inhabitants were members of the Kickapoo, Pottawatomie, Sauk and Fox tribes.  In the mid-1830s, settlers from the east began to arrive and establish homesteads.  Notable early “Yankee” residents of the area include Trumball Kent and Hoarace  Williams.

The first recorded settler of Schaumburg Township was German-born Johann Sunderlage, who worked on a survey team tasked with dividing Cook County into townships in 1833.  After the project was completed, Sunderlage brought his family over from Germany and settled in the area in 1836.

The Sunderlages were soon joined by other German immigrants, many of whom came from the Schaumburg-Lippe region, located between Dortmund and Hannover in northwestern Germany.  These farmers organized a German Lutheran congregation and in 1847 built their first church, around which a small village began to grow.

Some residents wanted to name this new community Lutherville, but in the end it became known as Schaumburg.  The area was fertile but swampy, and had no railroad depot, so its growth was gradual.  Germans, however, continued to flock to the area.

In the 1850s, approximately half of the area’s residents were German. By 1870, Schaumburg Township had become completely German – land records indicate all its property was owned by either German immigrants or their descendants. This trend continued all the way until the 1930s.

The construction of the Northwest Tollway in 1956 finally connected Schaumburg to the growing Chicago Metropolitan region and ended the community’s virtual isolation.

At the time of its incorporation in 1956, the Village had a population of 130 residents.  By 1970, that number had grown to 18,730 and by 1980 it had skyrocketed to 53,305. Construction of a second expressway, Interstate 290, and rampant commercial development served as catalysts for additional growth.

The initial plan adopted by Schaumburg’s Village Board in 1956 reserved large swaths of what was previously farmland for industrial, commercial and corporate development.  This foresight, capitalizing on the community’s wealth of undeveloped real estate, allowed Schaumburg to evolve in a way different from most other Chicago suburbs.

Today, Schaumburg is a mature community with a small industrial area, a prominent commercial presence, and a great variety of homes, schools and amenities.

Schaumburg has a stop on Metra’s Milwaukee District/West Line, which runs between Elgin and Union Station in downtown Chicago. Schaumburg Station is located at 2000 S. Springinsguth Rd. (parking available).

For travel by car, Schaumburg is ideally located at the intersection of I-90 and I-290, and just north of the Elgin-O’Hare Expressway.

The Schaumburg outpost of The Ram Restaurant and Brewery (1901 McConnor Pkwy) is a popular place to grab a beer and a burger.  This dark and cozy-yet-contemporary brewpub serves up a selection of nationally recognized handcrafted beers like “Buttface Amber Ale” and “Total Disorder Porter.”  Fridays feature half-price refills on half-gallon Ram growlers.

Schaumburg mainstay Alumni Club (871 E. Algonquin Rd) features an outdoor sand volleyball court, five bars and more than 50 TVs. During the summer, the huge outdoor beer garden is the place to be for bags and dollar beers.

The Schaumburg Prairie Center for the Arts (201 Schaumburg Ct) is an intimate 442-seat theater offering performances in music, dance, theater and film.  First opened in 1986, the center has featured performers from Les Ballets Jazz de Montreal and Penn & Teller to performances by the Schaumburg High School orchestra.  Weather permitting, an outdoor stage located near the building provides an additional venue for concerts and other entertainment.

Catch a Schaumburg Boomers minor league baseball game at Alexian Field (1999 S. Springinsguth Rd), a great place to spend a warm summer night with the family. Reserved tickets are $10.00, and Lawn/Bleacher seats are $5.00.  The stadium is also home to the Schaumburg Club, a glass-enclosed restaurant overlooking the field available to all fans holding a ticket to the game.  The club features a full bar, buffet and limited sandwich menu.

The Spring Valley Nature Sanctuary (1111 E. Schaumburg Rd) features three miles of hiking trails through 135 acres of native prairie grass fields and marshland. The sanctuary also has an 1880s living history farm, based on the area’s roots as a rural German farm community. In the summer months, authentically dressed guides welcome and share activities with visitors.

The entrees at Weber Grill (1010 N. Meacham Rd), from parmesan-crusted tilapia to filet mignon and slow-smoked barbecue, are all cooked on Weber charcoal kettle grills.  An open kitchen provides a window to the action.  The restaurant’s grilling experts also teach barbecue classes year-round.

Portillo’s Hot Dogs (611 E. Golf Rd) has some of the best Chicago-style hot dogs, Italian Beefs and chocolate cake in the region. Grab a seat the 50s-style diner and dig in to some superbly executed Chicago comfort food.

Since 1970, Schaumburg’s Septemberfest has entertained area residents and visitors alike.  The event features live music, food, and the naming of a Miss Septemberfest.

The Prairie Arts Festival, held over Memorial Day weekend, features the work of more than 150 painters, sculptors, and other artists.  Entertainment includes live music on three stages, a food court and children’s activities.

A quick view of the most influential metrics in Schaumburg.

View our selection of available properties in the Schaumburg area.

Get to know Schaumburg better with our featured images and videos. 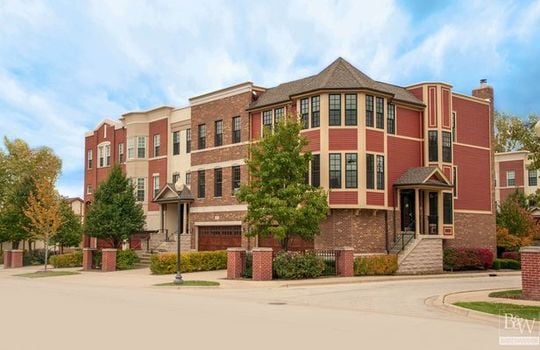 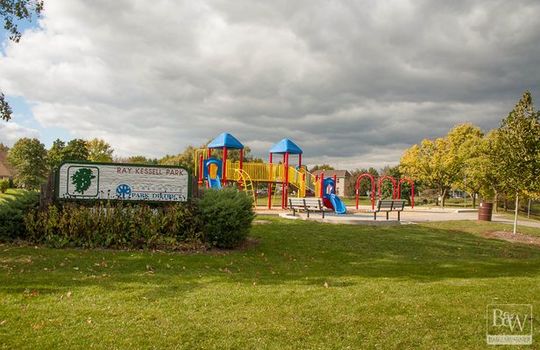 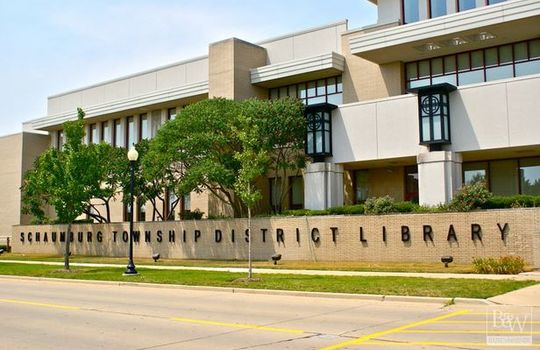 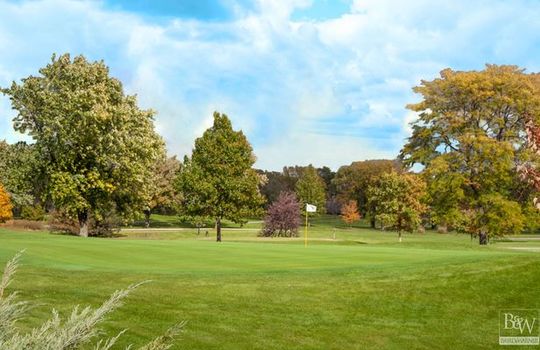 Check out the latest demographic information available for Schaumburg.

Learn more about schools near Schaumburg complete with ratings and contact information.

The Best in Schaumburg

Browse through the top rated businesses in the most popular categories Schaumburg has to offer.