The McHenry – Johnsburg area of northwestern Chicago is home to quiet and peaceful communities. Summers are fun, and exciting boating along the Chain o’ Lakes and the Fox River. Many of the area restaurants and bars are located along the river and lakes and provide docks for boaters to stop in.

Residents in the area can often be found enjoying themselves on intimate party cruises that offer drinks, food, and entertainment. Other fun things to do during Summer include visiting the local beaches and bike trails.

One of the biggest advantages of living in the McHenry area is the good public education offered and the low crime rates. And McHenry is located far enough from the noise and light pollution of Downtown Chicago, making outdoor patios and night skies a part of everyday life.

An area that began as a summer vacation hot spot, has now grown into a collection of small communities and towns like Holiday Hills, Ringwood, Lakemoor, Johnsburg, and McCullom Lake. The city of McHenry provides a focal point for the area, and downtown McHenry provides a selection of nightlife, fun bars, and restaurants.

Metra trains and highways provide easy access to Chicago, and the communities in the area have all the movie theaters, entertainment, and culture needed to enjoy life. Parks and recreation bring natural beauty to the area, and beaches provide summertime fun.

McHenry homes and Johnsburg houses provide great value to large homes with relaxing comforts. The area has increased in popularity and many people who love boating find themselves with a home in the area.

The communities around McHenry are quiet, safe, and full of relaxation- boasting plenty to offer. Click here for more

Located approximately 50 miles northwest of the City of Chicago, the McHenry area suburbs make up a community of villages 15 miles south of the Wisconsin border. Downtown McHenry area was established along the Fox River. The city of McHenry is one of the highest populated communities in the area, with a growing population nearing 25,000 people in 2010.

East of McHenry is the Village of Lakemoor with a population of 2,788 and beautiful scenic views across Lilly Lake.

Johnsburg lies northeast of McHenry and is a community of 5,391 and features many homes along a channel that brings boaters to Pistakee Lake and Pistakee Bay from the Fox River.

Northwest of McHenry, McCullom Lake community. With a population of 1,038, residents of the small village enjoy waterside view of McCullom Lake.

North of McCullom Lake is the small village of Ringwood. Ringwood is a small community of 471 residents and is located about 3 miles east of Wonder Lake.

Sunnyside was annexed to Johnsburg in 1976 but used to be incorporated separately and was an area just North of Johnsburg and subdivision of newly built homes.

In the 1999 film, Dogma directed by Kevin Smith, McHenry is the town where Bethany meets Jay and Silent Bob; however, McHenry was not used as an actual filming location only mentioned as a setting.

Tom Waits wrote a song dedicated to and named after Johnsburg, Illinois for his wife, Kathleen Brennan who was raised in Johnsburg.

McHenry area was first explored by General William McHenry in 1832 during the Black Hawk War. In the next few years following, settlements began to be established around the Fox River. By 1837, a sawmill, ferryboat, and a hotel were in operation and McHenry county was officially recognized in state legislation. George Gage became the regions first senator and secured construction of the Fox Valley railroadthrough the McHenry area in 1854.

McHenry area slowly developed until the 1920’s when towns became known as a resort destination. Summer cottages and a boating industry began to development, and marine recreation is still major attraction today.

In the 1940’s, new subdivisions of homes began to spring up near all of the small towns. The area continues to grow in population while roads and the Metra were installed to make commuting to other areas a possibility.

Johnsburg was named after a church in the 1840’s built by settlers from the Eifel region of Germany. In 1976, the small subdivision of Sunnyside was incorporated.

Holiday Hills was originally a group of summer homes and cottages near Griswold Lake. The community became incorporated in 1976.

Lakemoor began as a vacation spot near Lilly Lake and became incorporated as a town in 1938. But the issue of taxes lead the community to incorporate in 1944. The township reincorporated in 1952 due to the need of better roads. Today the village has grown to almost 6,000 residents.

Like many communities in the area, McCullom Lake began as a summer vacation spot off of Lake McCullom. The area became incorporated in 1955 for more regulated lake maintenance.

Ringwood was settled in 1854 but did not become incorporated until 1994 when they feared annexation from neighboring Johnsburg.

McHenry homes can offer great comforts but at affordable prices. Median value of homes in McHenry is $150,000, and small cottage like homes in McHenry can sell for as low as $40,000. Larger and more luxurious homes feature large lots of land, indoor swimming pools, unique architectural designs, and quiet seclusion.

Homes in Johnsburg offer great amenities. Similar to McHenry, Johnsburg homes vary a lot in price and style. The larger homes with a greater value often feature waterfront views and docks for boating along the channel and the Fox River. In Johnsburg, the median value of homes is $190,900.

Lakemoor homes offers larges lots and very quiet and peaceful evenings. Median value of Lakemoor homes is $147,200 and about 36% of homes were built after 1999.

Homes in the McHenry-Johnsburg area can cost anywhere between $20,000 and $3,000,000. Some properties are large and located on the lakefronts and rivers for easy access to boating, a popular hobby for the area residents.

Other homes provide comfortable and affordable homes with the advantage of great schools and low-crime rates. The crime rate is less than half the national average and has consistently remained low while the area continues to grow in population.

Most properties are unique and bring individual style to the neighborhood. Unlike most suburban communities outside Chicago, most subdivision of homes do not have the cookie-cutter feel.

Parking in the area is not the headache and frustrating task that city residents deal with.

The city of McHenry prohibits parking on city streets from 2am to 6am. If an overnight guest needs to park on the street, the police station can be notified to avoid any tickets. McHenry parking information also specifies that parking in the business districts during business hours is limited to two hours.

Johnsburg New Resident Guide also prohibits overnight parking on streets from 2am to 6am. Parking throughout the town is free and always readily available.

Village of McCullom Lake – Facts to Know explain that parking is not overnight unless with a permit. A permit must be requested in advance. Also parking on grass is not allowed.

For information about parking ordinances in Ringwood, contact the Ringwood Village Hall.

Contact the Village of Holiday Hills for information about parking ordinances.

The McHenry area suburbs are far from the city of Chicago, and people rely more heavily on cars as a mode of transportation.

Lakemoor, Holiday Hills, McCullom Lake, and Ringwood do not have public schools, and residents in these areas mainly attend the Johnsburg or McHenry public schools.

After the Fox is a fun and friendly bar and restaurant that offers great drink prices and delicious foods. The mostly highly recommended food item is the blackened fish sandwich and other juicy fish entrees. After the Fox also hosts a Sunday lunch special every week. 1406 N Riverside Drive, McHenry, IL 60050 (815) 344-3760.

For the best drink specials and a young and vibrant crowd, Halftime Bar & Grill is a popular nightspot in Johnsburg that serves good pizza and buffalo wings. Besides great drink specials, the outdoor patio makes summer nights even better at Halftime, and the beach volleyball area makes the bar even more popular for the summer tournaments. 2405 Johnsburg Road, Johnsburg, IL 60050 (815) 344-0007.

Even more popular than the downtown theater is the McHenry Outdoor Drive-In Theatre which is open from May until late fall on Fridays and Saturdays. Every movie is a double feature for only $7 (adult) and $4 (children and senior citizens). Every fall begins the throwback series where the drive-in hosts older classic movies like The Shining, ET, Grease, the Goonies, and Rocky Horror Picture Show. 1510 Chapel Hill Road, McHenry IL, 60050 (815) 385-0144.

Dining in the McHenry area offers a lot of great options. Many of the restaurants are located along the chain of lakes and over beautiful views of the water.

Snug Harbor & the Drift Inn is located in McHenry on the banks of the Fox River. They feature both a car parking lot and a dock for boaters to stop and grab a bite to eat. Snug Harbor also operates a party cruise and boat with 2 hour party packages that include drinks, food, and music for any occasion. If dining in the restaurant, you can look forward to some beautiful riverside views and a large outside patio. 801 N River Road, McHenry, IL 60051 (815) 578-9600.

Another great dining option along the chain of lake is Castaway’s at Sunset Bay. Located on Pistakee Lake, Castaway’s is a great spot to dock the boat and grab a good bite to eat. Their menu feature unique dishes like the Irish nachos, Cheddar Nuggets (made from Wisconsin cheese), and weekend dinner special that include Tilapia lime zest, BBQ ribs, and steaks. Don’t forget the desert menu; it includes deep fried cheesecake, deep fried brownie bites, and deep-fried Bananas Foster. 614 Bald Knob Road, Johnsburg, IL 60051 (815) 679-6969.

The local favorite pizza place is definitely Papa Saverio’s Pizzeria. Here you can order any of the five types of pizzas which include the thin crust, double dough, pan pizza, Chicago deep dish, or the stuffed pizzaand delivery is fast and convenient. The menu at Papa Saverio’s also includes pasta dinners, catering, juicy Italian beef, and much more. 1777 North Richmond Road, McHenry, IL 60051 (815) 578-9000.

The annual Lakemoor Fest is a family-friendly festival with foods, carnival rides, fishing derby, raffles, and beer gardens. Over one weekend, the fest also hosts a fireworks show, live music, and even a tug-o-war contest.

McHenry County Fair brings people to the area for the four days of food, contests, carnival rides, demolition derby, and the county beauty queen contest along with tons of other attractions. In the city of McHenry, they host the McHenry Fiesta Days focuses its festival on live music with local bands and even national acts such as Soul Asylum.

McHenry parks and recreation provide great outdoor spaces and natural beauty that cannot be found so abundantly in the city and suburbs of Chicago.McHenry County Bike Trails offer great outdoor exercise and fresh air. The area also offers many beaches given its proximity to the Chain ‘o Lakes. McHenry County Beaches are safe and clean.

A quick view of the most influential metrics in Holiday Hills.

View our selection of available properties in the Holiday Hills area.

Get to know Holiday Hills better with our featured images and videos. 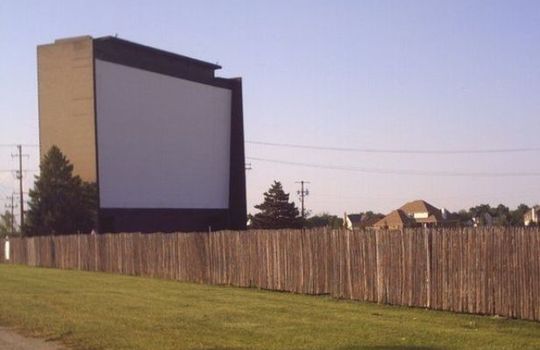 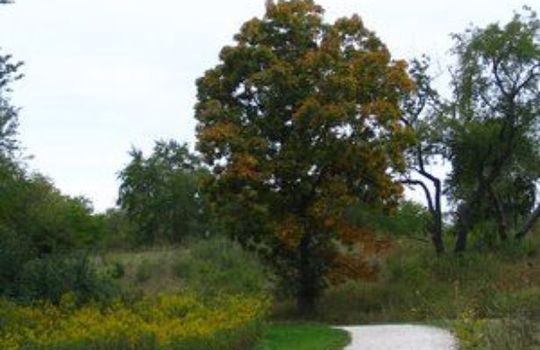 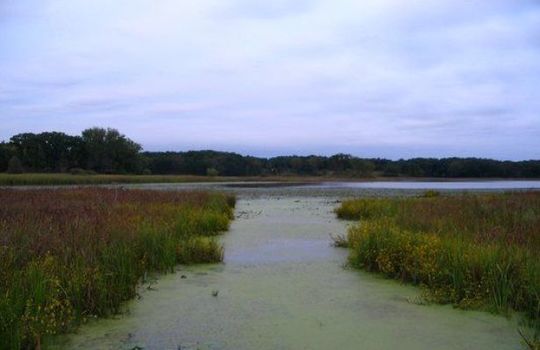 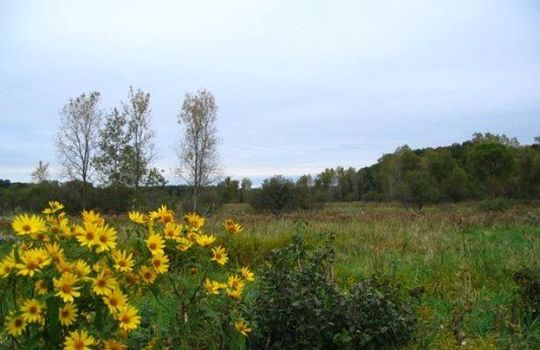 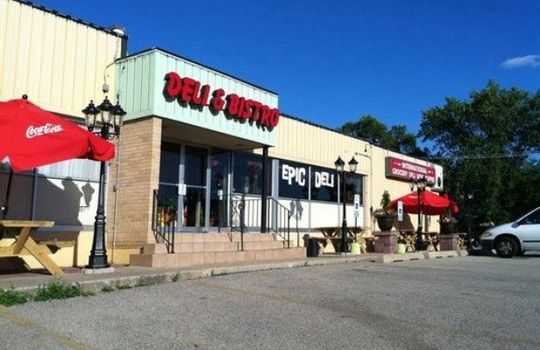 Check out the latest demographic information available for Holiday Hills.

Learn more about schools near Holiday Hills complete with ratings and contact information.

The Best in Holiday Hills

Browse through the top rated businesses in the most popular categories Holiday Hills has to offer.