Home to a friendly atmosphere and numerous renowned restaurants, residents of Irving Park are treated to an eclectic dining scene and welcoming vibe.

Home to some of the largest parks on Chicago’s North Side, residents have plenty of opportunities for recreational activities at parks as well. Click here for more

Irving Park is located 7 miles northwest of the Chicago Loop and is well-known for its preservation of historic houses.

The Chicago River bounds this community to the east, Pulaski on the west, Addison Street on the south and Montrose Avenue on the north.

Neighborhoods surrounding Irving Park are Forest Glen and North Park to the north, North Center and Lakeview to the east, and Avondale to the south.

Irving Park began as a suburb before being annexed by Chicago in 1889.

Irving Park began in 1843 when Major Noble purchased 160 acres of land in the region to start a farm. Major Noble’s house, located on the east side of the estate, doubled as the Buckthorn Tavern, which served travelers coming to and from Chicago along what is now known as Elston Avenue.

By 1869, the success of the farm allowed Major Noble to retire and sell his land to New Yorkers Charles T. Race, John S. Brown, Adelbert E. Brown and John Wheeler. Soon thereafter, they also bought up an 80-acre tract of farmland from John Gray.

These New Yorkers initially intended to continue farming the land but changed their minds after seeing the recent growth and success of suburban communities.

After the New Yorkers agreed to build a railroad station, the Chicago & Northwester Railroad agreed to run service to the area. The station is still there today, providing service to residents of Irving Park properties.

With the trains bringing people and businesses to Irving Park, the developers began running ads comparing itself to the popular suburbs of Evanston and Oak Park. These ads boasted of “shady streets, fine schools, churches, and stores.”

The original name of this suburb was Irvington, as a tribute to the author Washington Irving; however, it was soon discovered that the name had already been taken by another town in Illinois, and so they settled on the name of Irving Park.

Once the land had been subdivided, developers built large mansions along Irving Park Boulevard between the years 1870 and 1874. Only two of these original mansions remain today: the Steven A. Race mansion at 3945 N Tripp Avenue and the Erastus Brown mansion at 3812 N Pulaski Road, which has gone through massive renovations since it was built.

The Great Chicago Fire of 1871 brought in many new residents who built more modest, yet architecturally sophisticated and aesthetically pleasing homes.

Irving Park was annexed by Chicago in 1889. This brought better public services to Irving Park, such as water piped in from Lake Michigan, a fire department and streetcar service.

Residents established their own park district in 1910 and developed eight local parks, the largest being Independence Park along W Irving Park Road between N Springfield Avenue and N Hamlin Avenue.

In 1933 the Irving Park park district merged with the Chicago Park District.

The Depression and WWII slowed the development of the community, as well as the creation of the Northwest Expressway that cut directly through the middle of Irving Park, displacing residents and destroying houses.

The 1960s saw an influx of condominium developments. In 1984, the Irving Park Historical Society was founded to help preserve the neighborhood’s rich history and unique architecture.

Irving Park is a community with a long and rich history and the real estate reflects it. Large, old trees shade the streets lined with substantial mansions, as well as ornate, but modest single-family homes. Large apartment buildings with elegant wrought-iron fences, fountains and terra-cotta designs decorate this community as well.

The Kennedy Expressway runs right through the heart of Irving Park, giving residents quick access to downtown and the greater Chicagoland area.

The community is also serviced by the Chicago CTA Blue Line with stops at Addison, Irving Park and Montrose.

The Irving Park Blue Line stop is located at 4131 W Irving Park Rd. Connecting buses at this station are 53, 54A, 80, and the X98. Commuters can also connect to the Metra Union Pacific/Northwest line here.

And Irving Park scores an 80 on the Walk Score scale, which classifies this region as “very walkable”.

Many Chicagoans may be unaware, but Irving Park has a nice little nightlife brewing of cozy neighborhood bars. These warm little taverns treat their patrons with friendly respect and offer affordable drinks as well as fun events like pig roasts, book swaps, and karaoke.

Every Chicago neighborhood has to have a favorite Irish Pub, and McNamara’s (4328 W Irving Park Rd, 773-725-1800) is Irving Park’s. Known as much for their corned beef as well as their soda bread, McNamara’s is a comfortable, intimate neighborhood bar featuring live Irish music on Saturdays and daily drink specials.

Sidekick’s (4424 W Montrose Ave, 773-545-6212) is an old-school, no-frills Chicago bar with wood-paneled walls and karaoke seven nights a week. That’s right, Chicago has always loved to sing and Sidekick’s give them the opportunity 365 days a year, starting at 8 p.m. They also have a great menu, darts and more.

One of Chicago’s best venues for live music, great food, and great drinks is The Abbey (3420 W Grace St, 773-478-4408). The Abbey features smaller local acts as well as national acts playing everything from indie-rock to Irish favorites. Past acts have included Stan Ridgway, Animal City, and Project Pitchfork.

Irving Park is also a wonderful place to shop. The neighborhood has many funky and quirky second-hand stores, interesting hobby shops, antique dealers, boutiques and unique places to frequent.

Second-hand clothes stores often offer a great variety of finds, and so does Unique Thrift Store (3748 N Elston Ave, 773-279-0850), a favorite of Irving Park. Unique Thrift Store already has great prices that can only be beaten by their own Half-Off Mondays.

The Brew & Grow (3625 N Kedzie Ave, 773-463-7430) is definitely for the hobbyist, casual or serious gardener, and, of course, the lover of homemade beers. The Brew & Grow has all the hops, malts, yeasts, spices, additives and equipment to start making your own signature brew at home.

The community of Irving Park offers a virtual cornucopia of restaurant choices, making it one of Chicago’s premier dining destinations. Home to one of the most popular BBQ joints in the city, Smoque, as well as offering everything from German to Japanese to Middle Eastern and Mexican cuisines, residents of Irving Park houses are never at a loss for great dining experiences.

Sabatino’s Restaurant & Lounge (4441 W Irving Park Rd, 773-283-8331) is a genuine, authentic Italian dining experience. Sabatino’s is like stepping back into time when restaurateurs strove to cater to, entertain, and make their guests’ meal a real experience. Diners are served complimentary pizza bread, are greeted by hosts Enzo, Angelo and Steven Pagni, and, sometimes, a little Italian serenading.

Ribfest Chicago is a great way to “pig” out during the summer months. Ribfest Chicago is three outrageous days of ribs, food, and fun. Take a turn at the videogame trailer and try out the latest, cutting edge games; listen to some live music; watch a Major League Eating competition; and, of course, enjoy a whole ton of ribs, if you’d like.

Mayfair Park (4550 W Sunnyside Ave) offers lots of amenities, from a spray pool to basketball courts and clubhouses, as well as great programs for all ages. Just a few classes offered are tap and ballet dances for the kids and Step Aerobic for the adults.

Kilbourn Park (3501 N Kilbourn Ave) is home to a Nike Grind Field Turf soccer field. Kilbourn is also site to the Chicago Park District’s only teaching organic greenhouse. Kids can dig in with hands-on activities and learn about nature and their environment. The organic greenhouse also boasts the first-ever public fruit tree orchard to be planted in a major metropolitan area.

A quick view of the most influential metrics in Irving Park.

View our selection of available properties in the Irving Park area.

Get to know Irving Park better with our featured images and videos. 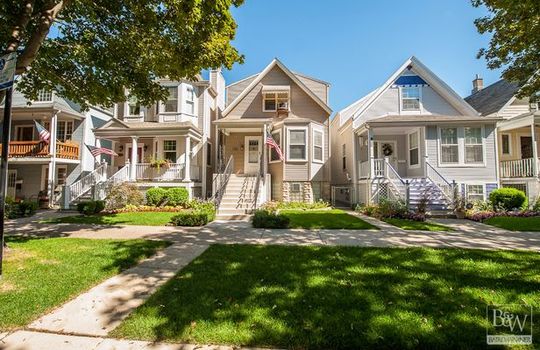 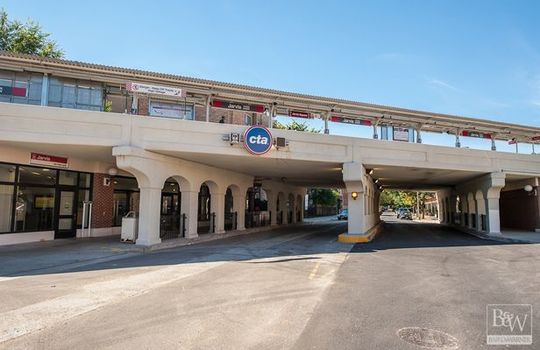 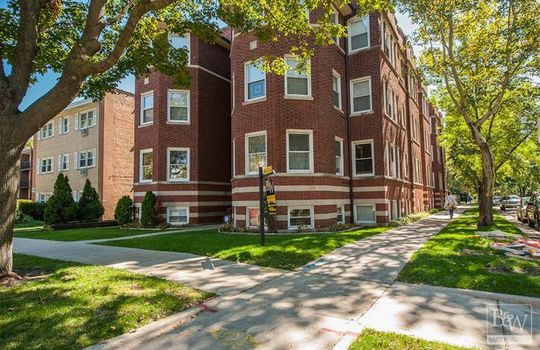 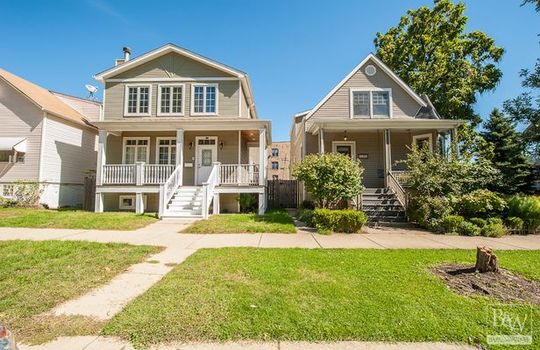 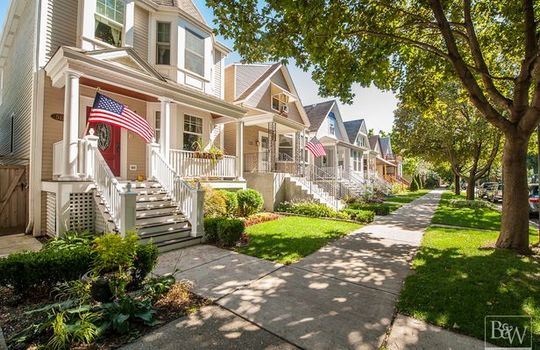 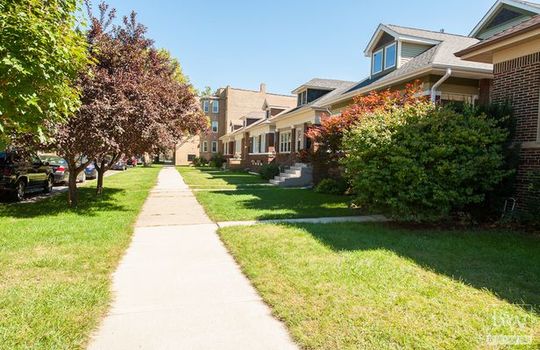 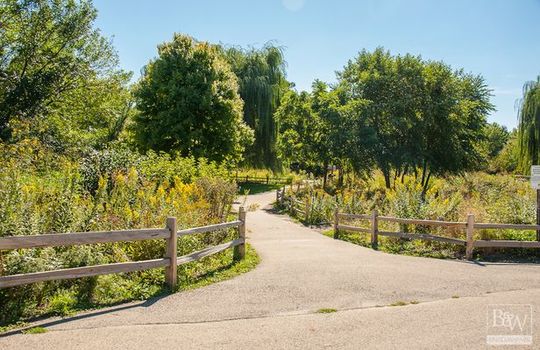 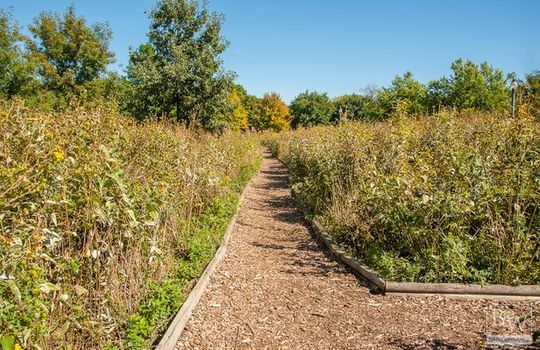 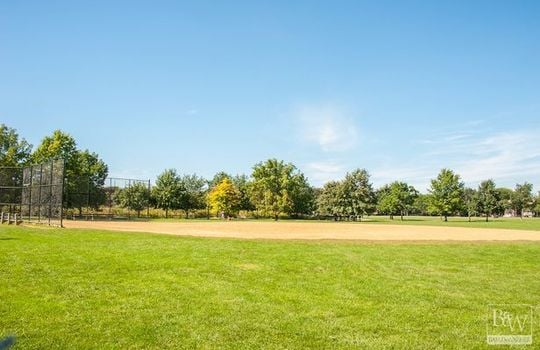 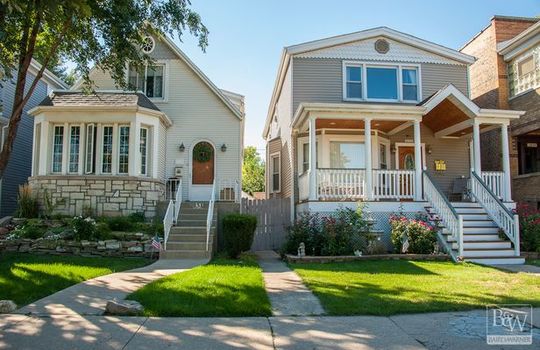 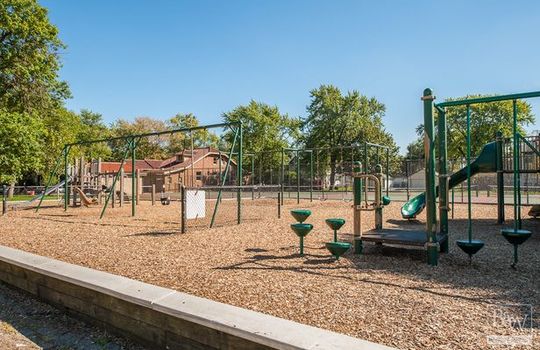 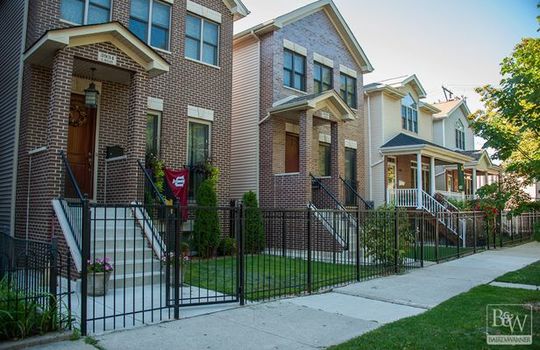 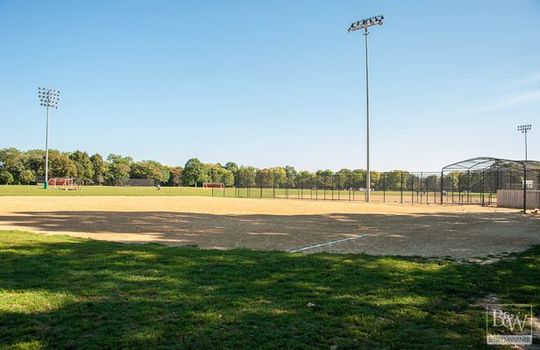 Check out the latest demographic information available for Irving Park.

Learn more about schools near Irving Park complete with ratings and contact information.

The Best in Irving Park

Browse through the top rated businesses in the most popular categories Irving Park has to offer.