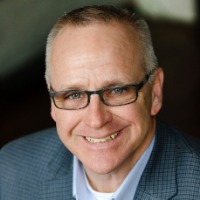 Kevin Rutherford moved to Chicago from Montreal, Canada in 1989 with a degree in Finance from Concordia University in Quebec. A Wilmette resident for over 19 years, Kevin has unique insight into the North Shore schools, especially New Trier High School, where all 3 of his children have graduated.

In his first year in Real Estate, he earned the coveted "Rookie of the Year" distinction, and since then has been among the top 2% of all agents company-wide.  As of 2017, he ranked 35th company-wide, with over 2400 agents.

For over twenty years, Kevin’s career flourished in the financial industry. He worked as a Currency Broker and Equity Trader at the Chicago Mercantile Exchange. During that time, he became an expert negotiator to secure the best price for major investment dealers, hedge funds, banks and proprietary trading groups in foreign currency and equity futures and options. As a proven operations and relationship management leader, his financial prowess and expert negotiation skills transfer perfectly into the Real Estate market. He is a versatile professional who performs optimally in ever-changing, fast-paced environments.

Kevin is deeply involved in the North Shore communities. He coached Park District soccer for ten years and hockey for seven years. He  organizes numerous local poker and golf tournaments, including one to benefit the Wilmette Warming House, a safe environment for teens.

Kevin has an innate ability to put his clients at ease throughout the entire Real Estate process and beyond.  When working with Kevin one has the sense that he puts his clients first, always gaining their trust and confidence and has a track record to prove it!

Kevin is an amazing resource for all of your needs, whether buying or selling locally, or relocating nationally or internationally.