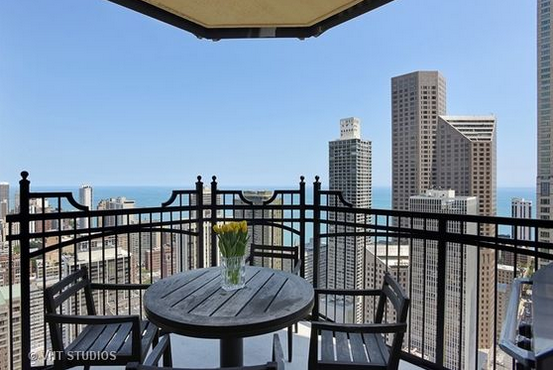 As we hunker down for a winter at home, plenty of people will be firing up their stoves — or opening up their laptops to order takeout. This made us hungry to find out the history of some of Chicagoland’s favorite foods.

From the city to the suburbs, Chicagoland is known as a foodie paradise, with stellar restaurants and countless delivery options. The Chicago area’s food scene is rich and diverse, with traditions and dishes that change on a neighborhood by neighborhood basis. Looking back, the Chicago area has long been a major center for food processing and manufacturing, and some of the most iconic snacks in the world got their start right here — from Twinkies to Wrigley’s chewing gum.

But have you ever wondered how some of Chicago’s most beloved classics really came to be? Let’s explore the hidden history behind five of the Chicago area’s most famous foods:

A must-have for anyone stopping by the Windy City, deep dish pizza stands out from pies on the coasts due to its flaky, cracker-like crust and piled-high layers of sauce, cheese, and toppings.

While many Chicago residents will tell you that thin crust is the area’s true local favorite, deep dish pizza will forever be associated with Chicagoland — in part because it truly was born right here in Chicago!

The creation of deep dish is largely credited to business partners Ike Sewell and Ric Riccardo, who started serving up the gooey, saucy behemoth at their Near North pizzeria in the 1940s, according to WBEZ. Originally named simply The Pizzeria, the restaurant would eventually come to be known as Pizzeria Uno. Soon after came Pizzeria Due — followed by a slew of new establishments serving deep dish-style pizza pies. Lou Malnati opened his namesake chain up north after working to help bring the dish to life at Pizzeria Uno; his brother Rudy would then open a competing restaurant, Pizano’s. Other famous spots to grab the local staple around the area today include Giordano’s, Gino’s East, and Labriola. 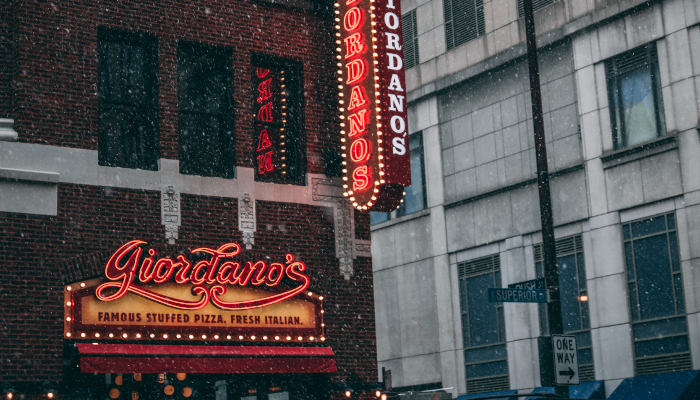 Whether you call it a jibaro or jibarito, people who have munched down on this piece of culinary history tend to mainly call it one thing: “delicious.”

Today, this beloved sandwich can be found at restaurants all over the area, and has begun to spread around North America and the Caribbean. It is widely attributed to chef and restaurateur Juan C. “Pete” Figueroa, who added it to the menu at his Borinquen Restaurant back in 1996. As legend has it, Figueroa was reading a Puerto Rican newspaper when a sandwich using fried green plantains in the place of bread caught his eye.

According to Thrillist, it is largely believed that the inspiration was the sandwich de platano, which was served at the restaurant Platano Loco, founded by Jorge Muñoz in the Puerto Rican town of Aguada. Figueroa made the dish his own by featuring proteins and giving the sandwich its name, which he drew from a term denoting “someone from the rural, mountainous region of Puerto Rico,” according to Thrillist.

Dry or wet? Sweet peppers or hot peppers? However you get it served, the Italian Beef sandwich is a Chicago staple. Equally craveable on hot summer days or frosty winter nights, this hearty sandwich contains mounds of shredded roast beef, gravy, and peppers piled up on a hearty bread roll.

Today, many local businesses serve up this Midwestern classic, including local legends like Al’s Italian Beef, Portillo’s, and Buona Beef.

While there is some controversy and debate over who can stake their claim as the original inventor and purveyor of the sandwich, most culinary historians agree that the origins of the sandwich can be traced back to a twentieth century tradition known as the “peanut wedding.” Italian immigrants in the United States would hold family weddings in homes and churches, and serve foods that could easily feed a huge crowd, including roast beef. The sandwich came about when industrious cooks realized that they could feed more people by slicing the meat thinner and cooking it in its own juices.

The Chicago-style hot dog is almost as iconic as the city itself. Close your eyes, and you can probably picture it — a beef frank resting in a steamed poppy seed bun, piled high with mustard, relish, diced onions, tomato, pickle, and sport peppers. No ketchup in sight.

The unique style of the Chicago dog serves as a little cultural history lesson for the city itself. The iconic Vienna Beef hot dog was introduced at the 1893 Columbian Exposition by Austrian immigrants Emil Reichel and Sam Landry, who later opened up a storefront serving their meaty creations.

As for the toppings? According to WBEZ, they likely reflect a broad coalition of the people who have moved to the Windy City over the decades — with mustard coming from the area’s German population and onions and tomatoes from the Greek population. Chicagoland’s Eastern European populace likely popularized the use of sweet relish, while sport peppers come from Italian cuisine. Hot dogs had an explosion of popularity around the time of the Great Depression, as a cheap and filling meal that could be picked up while on the go. When city dwellers moved out into the suburbs in the following decades, the hot dog stand went with them.

Chicago certainly didn’t invent popcorn — in fact, societies in Latin America have been eating popped corn kernels for thousands of years. But what Chicagoland did help popularize are some of the most iconic and beloved ways to eat this easy, tasty snack.

For one thing, the mobile popcorn cart was invented here in the 1880s by Charles Cretor, who is sometimes known as the “inventor of modern popcorn,” according to Taste. 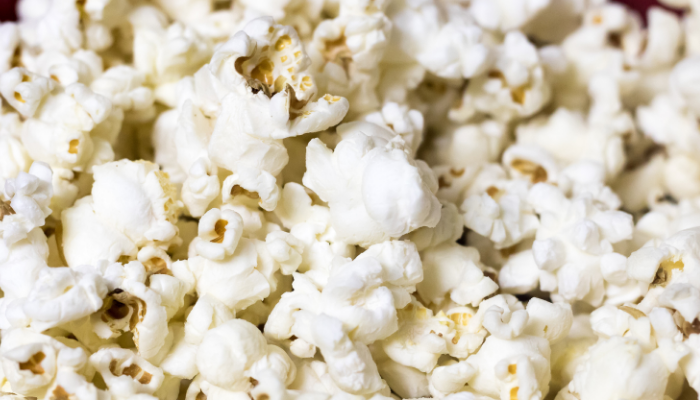 Cracker Jack, a popular popcorn treat, can also call Chicagoland home. A huge piece of American pop culture, Cracker Jack made its debut at the Columbian Exposition of 1893, where German immigrant Frederick William Rueckheim and his brother sold bags of candied popcorn studded with peanuts. The treat was immortalized in the song “Take Me Out to the Ball Game” by 1908.

Another iconic local brand, Garrett’s Popcorn, began popping and serving Chicago-style popcorn in 1949. Garrett’s would become famous for coating popcorn in finishes like caramel and cheese — and even mixing the two flavors together in one tin. Another Chicago icon, “Nuts on Clark,” grew up in the shadow of Wrigley Field, where it has been serving sweet candied popcorn for more than 40 years.

Want to sample some of these Chicagoland classics for yourself? Here are some handy resources for discovering the iconic restaurants and takeout spots in your neighborhood:

Curious if your neighborhood favorites are delivering right now? Check out Dining at a Distance, which has compiled a list of more than 2000 area restaurants open for takeout, curbside pick-up, or delivery. The Chicago Tribune also has an interactive map of Chicago-area restaurants, which you can easily sort by zip code or even style of food.

Want to whip up something warm and tasty in your own kitchen? Click here for “3 Ways to Enjoy Your Favorite Chicagoland Foods at Home.”

Looking to Live In the Heart of It All?

Looking to find a home in one of Chicagoland’s most foodie-friendly communities? Ready for a kitchen that’s a match for your culinary ambitions? We get you. At Baird & Warner, our agents are hyperlocal experts who can help you find the spot that’s just right, while making the entire real estate process easier at every step of the way. And with mortgage and title services in-house, our One-Stop Shop takes the stress out of sealing the deal on your new home, so you can get back to scoping out recipes and ordering your favorites in no time.